Newcastle’s plethora of perfect picnic possies – try saying that quickly – offer way more than a place to lay your rug.

Watch tug boats ply the harbour, surfers dance on the waves, the sun sink over our beautiful coastline or chill out with the natives – koalas, emus and wombats that is. 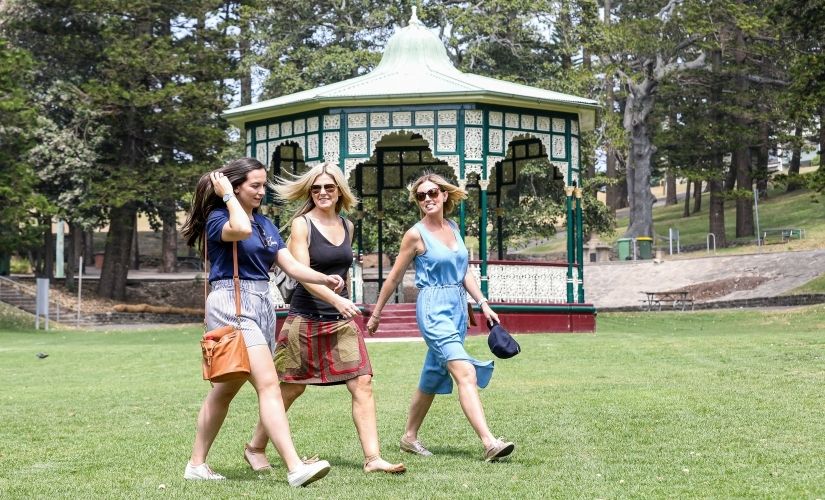 Spread out a rug in the shade of towering Norfolk Pines at the show-stopping King Edward Park.

An idyllic place to picnic is near the graceful Victorian Rotunda, a short stroll from the kid’s playground.

Kick a ball around, have a game of cricket and wander through Garside Gardens with the rolling Pacific Ocean as a backdrop.

If you’re with your pooch, picnic at the top of the park in the off-leash dog area. 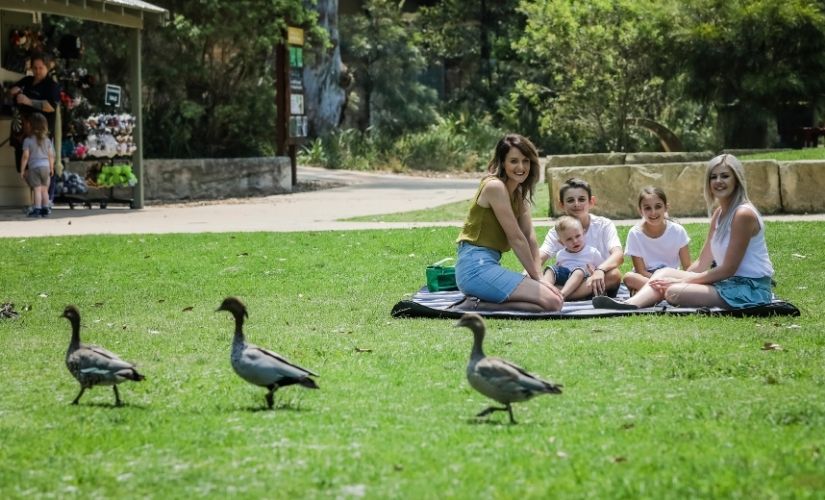 Once a coal mine, Blackbutt Reserve is now Newcastle’s beating green heart – only ten minutes’ drive from the city centre.

Take a stroll through the bush, meet native wildlife in the free animal exhibits, be dwarfed by soaring gums and listen to a cacophony of bird calls.

Spread out your rug, bring plenty of food and drink (there’s a small kiosk at Carnley Reserve) and make a day of it.

On a balmy summer’s night, drink in hand, there’s no better spot for a picnic than the grassy knoll overlooking Bar Beach. This cracker of a spot offers vistas stretching all the way down the coastline to Merewether.

Watch surfers dance on the waves, hang gliders soar on the swirling currents and the passing parade of locals huffing and puffing their way up and down the Bathers Way.

Alternatively nab a shelter (you’ve got to get in quick on a sunny day) facing the beach opposite Bar Beach Skate Park.

At the heart of inner city Cooks Hill with its narrow streets lined by historic homes and fig trees is the charming Centennial Park.

The 2.2 hectare urban oasis was a centennial gift to the city in 1888 by the Australian Agricultural Company (a coal mining company) – hence its name.

Families should park themselves at the recently upgraded playground near the rose beds. Picnic tables and benches invite visitors to spread out a blanket and soak up this magical green space.

Insider tip: If you don’t feel like BYO’ing order takeaway from Little Castro at neighbouring Lowlands Bowling Club. They’ll buzz you when your food’s ready!

Watch bossy tug boats guide enormous tankers into port and yachts graceful sail in and out of Newcastle Harbour from your picnic rug at Foreshore Park in Newcastle’s East End.

Let the kids run free on the swathes of lush grass, or scoot, cycle and skateboard along the pathways and beneath the historic train sheds.

There’s a small playground (plans are underway to upgrade the park to include a new inclusive play area), BBQ area, seating and wide open spaces.

Leafy Lambton Park – 10 minutes from the CBD – is a local favourite with a historic rotunda, two ovals, wide green spaces, popular playground and paths for walking, scooting or strolling.

If the sun’s out, why not have a dip first and then park yourself in a shady spot on the grass.

BYO picnic or buy something from the pool kiosk or nearby Elder Street shops. 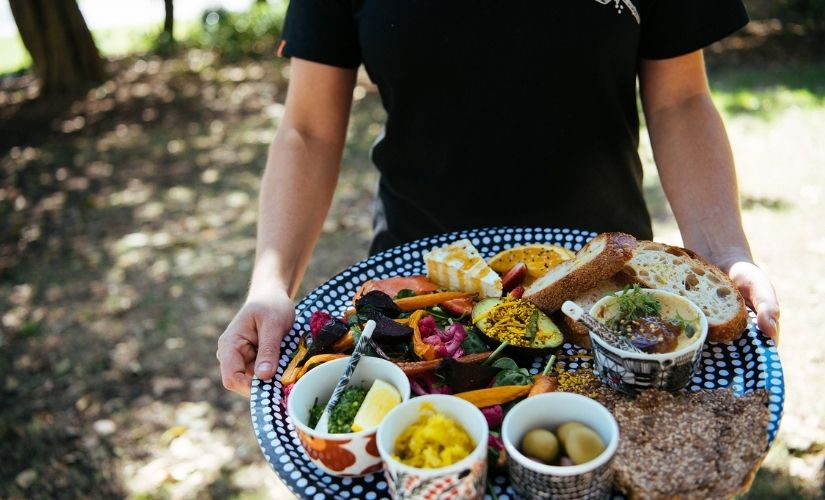 Order a Lucky Picnic hamper from the Lucky Hotel or pick up some yummy takeaway from Estabar opposite Newcastle Beach and picnic in neighbouring Pacific Park. 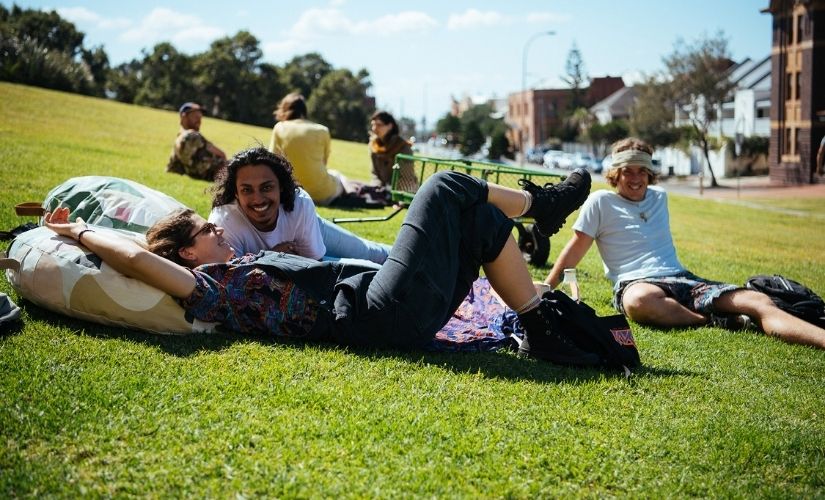 Purchase a fantastic selection of imported and local cheeses, charcuterie and groceries from Pork Ewe Deli at Mayfield or if you’re in town on a Sunday, stock up at the Newcastle City Farmers Market.

For a completely decadent experience Miss May Picnics offers fully catered picnics with a choice of beautiful themed settings and locations. 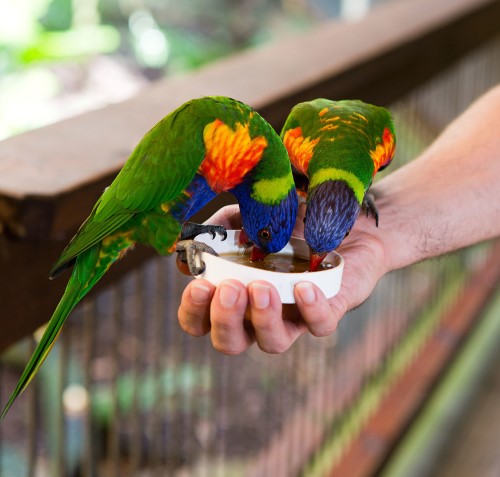 Up next On a roll - Where to skate with kids