Australia’s second oldest city enjoys a long and rich heritage of Victorian architecture. So pull on your walking shoes and explore Newcastle’s fascinating past.

Housed in a historic working railway signal box built in 1936, it operated until the Newcastle heavy rail line closed in 2014. At the time it was the only Type O signal box with an electro-pneumatic miniature lever power interlocking machine – basically a whiz bang innovation reflective of its importance as one of NSW’s busiest railway precincts.

Today its steel and concrete dining pavilion offers a nod to its industrial past while a steel spiral staircase leads to the rooftop where diners can take in harbour vistas and see the historic signalling and lever gear.

While you’re there:
Head along the harbour foreshore for the Newcastle Museum and explore “A Newcastle Story” (a permanent exhibition). Entry is free. 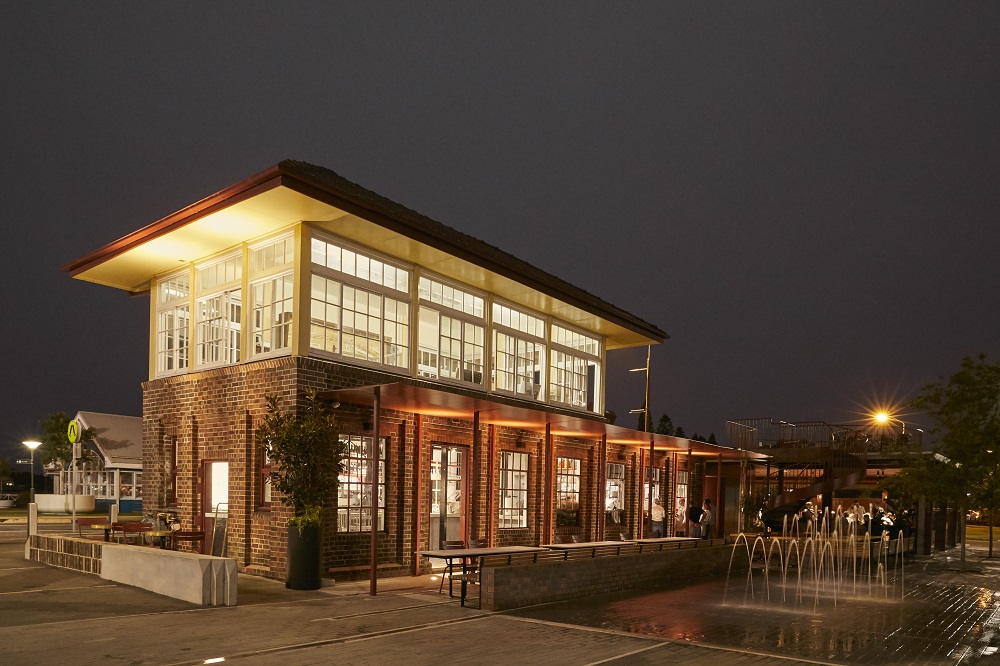 On the hour (or close enough to it) the clock strikes at historic Customs House, an Italianate Renaissance Revival style building designed by celebrated colonial architect James Barnet.

This landmark building which opened in 1877 with sweeping cedar staircases, ornate ceilings and prominent clock tower is an important part of Newcastle’s maritime history – once used for the collection of customs and excise duties and other taxes.

Beautifully preserved in a prominent foreshore location, Customs House is a wonderful place to enjoy a meal or glass of wine on its wide covered balcony which looks out over bustling Newcastle Harbour.

While you’re there:
Look up to see the time ball lowered when the cannon is fired at nearby Fort Scratchley at 1pm (daily except Tuesday when the fort is closed). 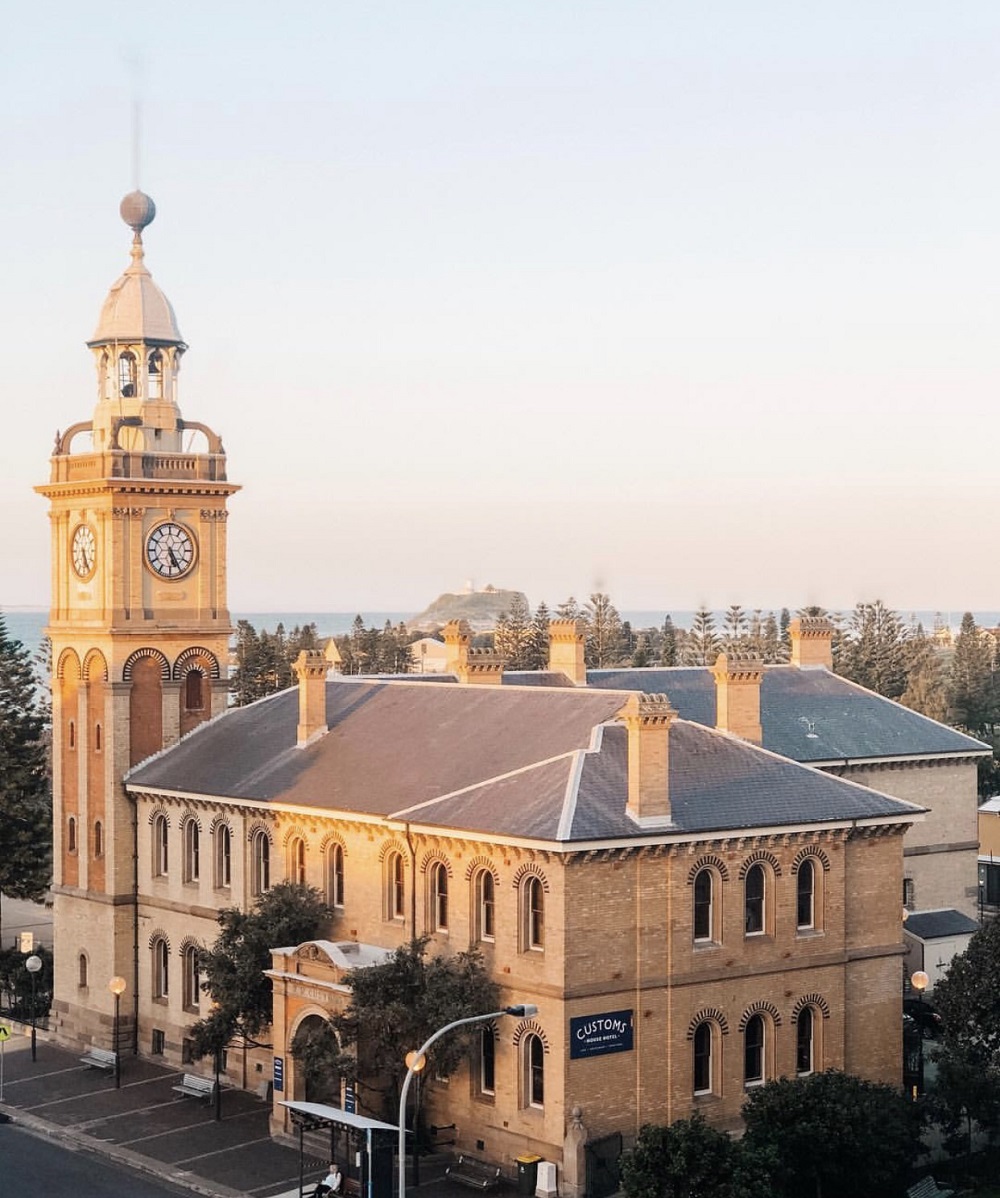 It’s survived world wars, economic downturns, and an earthquake. Part of Newcastle life since 1885, the imposing Newcastle Club offers a commanding position on The Hill – its wide verandas offering city and harbour vistas all the way to Stockton Bright.

The stately brick structure with solid doors, arch windows and neoclassical portico has occupied its place on the corner of King and Newcomen Streets for almost a century. Founded by a group of prominent local businessmen, the club’s home on the Hill was completed in 1924.

Built on land occupied by two 19th-century mansions (one of which was demolished), the Claremont remains part of the club house and is admired as one of Newcastle’s few surviving Georgian buildings. Claremont is also believed to be the second oldest standing building in Newcastle.

*This exclusive club is members only. Keep walking up Newcomen Street and climb the stairs to the Obelisk for 360 degrees views over Newcastle. 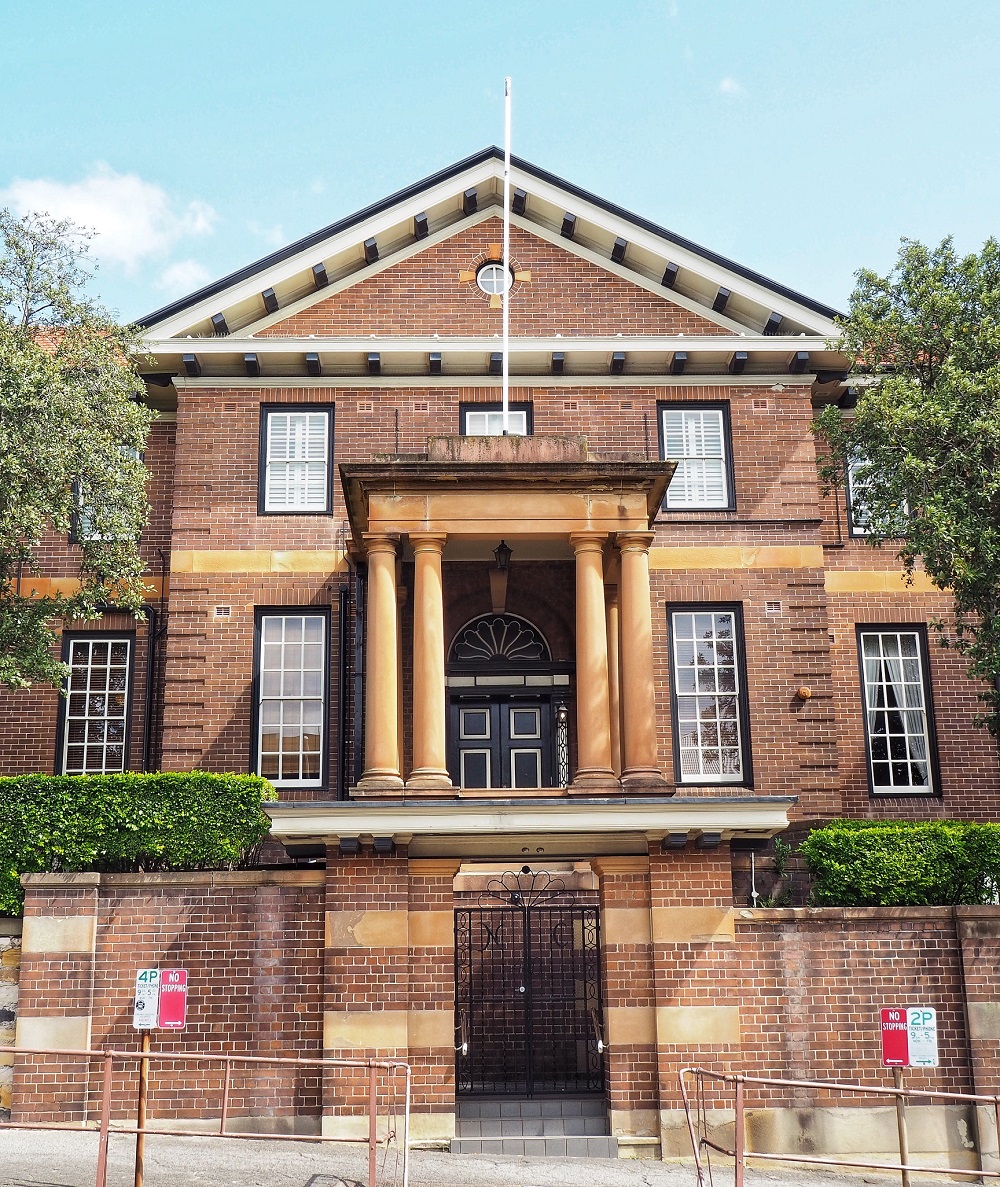 This magnificent state heritage listed building has seen better days but watch this space as it’s finally being restored to its former glory.

Built on the site of the old courthouse it includes a first-floor colonnade, arched windows, sandstone parapet and cupolas based (reputedly) on Palladio's Basilica at Vicenza.

Google it and see if you can spot the similarities. Its scale reflects Newcastle’s prosperity in the late nineteenth century as the coal industry boomed while offering a glimpse of the state’s early postal and telecommunications practices. 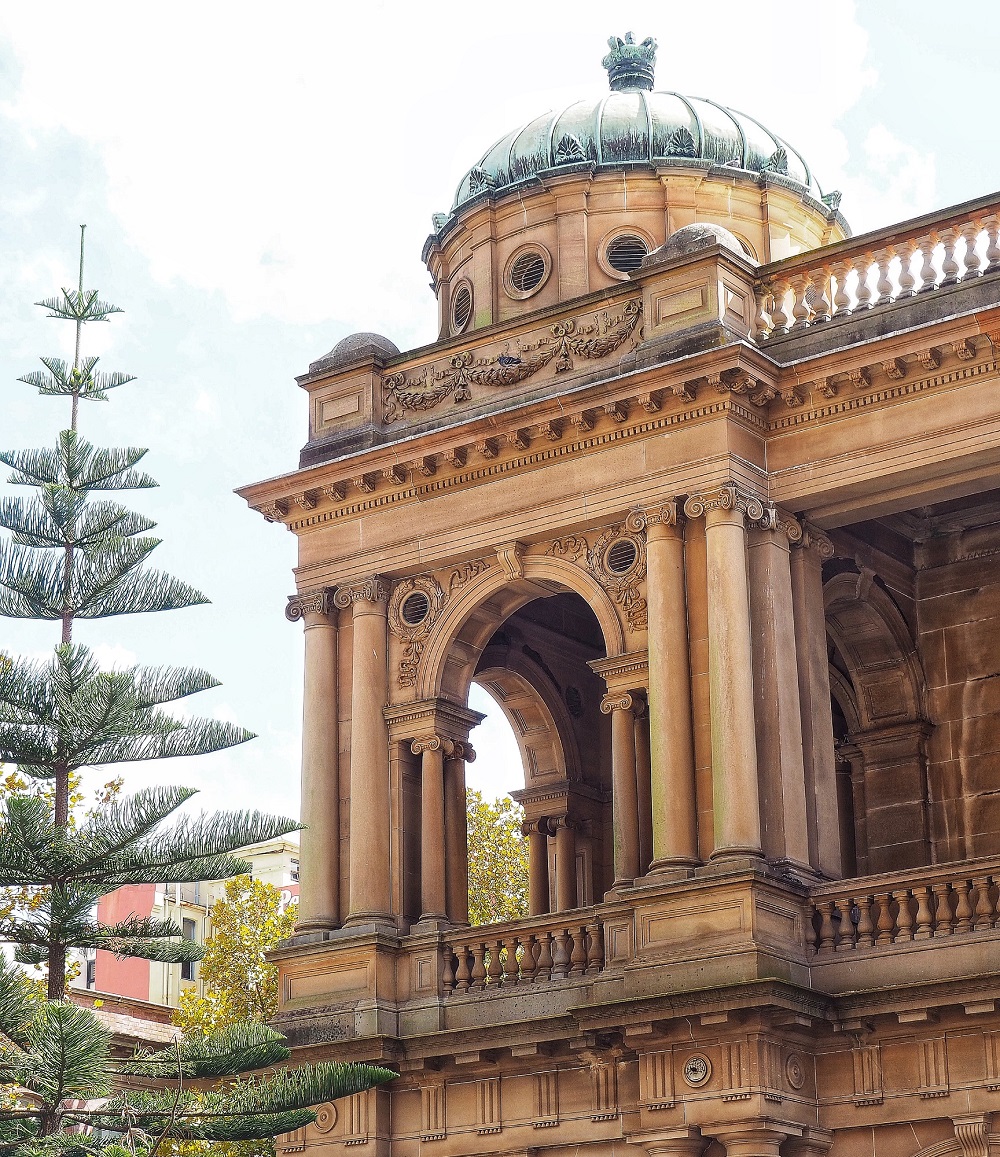 One of Newcastle’s oldest surviving buildings, you’ll find this charming 1857 cottage tucked behind the Family Law Court in Bolton St.

Toll Cottage (formerly known as Rose Cottage) is a rare early example of a Victorian Georgian-style domestic dwelling in an urban area. The cottage has been constructed using materials from older building stock with many of its original features intact including Victorian fire grate and oven. The cottage exhibits some of the key characteristics of the Victorian Georgian-style style, such as symmetrical facades, plain uniformity of brick walling, six-panelled doors, the simple rectangularity of twelve-pane sash windows, simple-beaded skirting and fireplace, a rustic balustrade, its gabled shingled roof and stone entrance.

Built during the late convict or colonial era as Newcastle transformed from penal outpost to free town, the cottage was built for an official or free settler. It has a historical connection with prominent Novocastrian, Simon Kemp, a key figure in Newcastle's economic and political history who served as mayor in the 1860s. Kemp was also part of a campaign to open the port of Newcastle to free direct trade, the success of which had a significant impact on Newcastle's and NSW's economic development.

While you’re there:
Cross the road to the corner of Bolton and Church Streets where Australia’s oldest continuously running school, Newcastle East Public School, first began. The school, established in 1816 by pardoned convict Henry Wrensford, is now located on the corner of Brown and Tyrell St’s, The Hill. 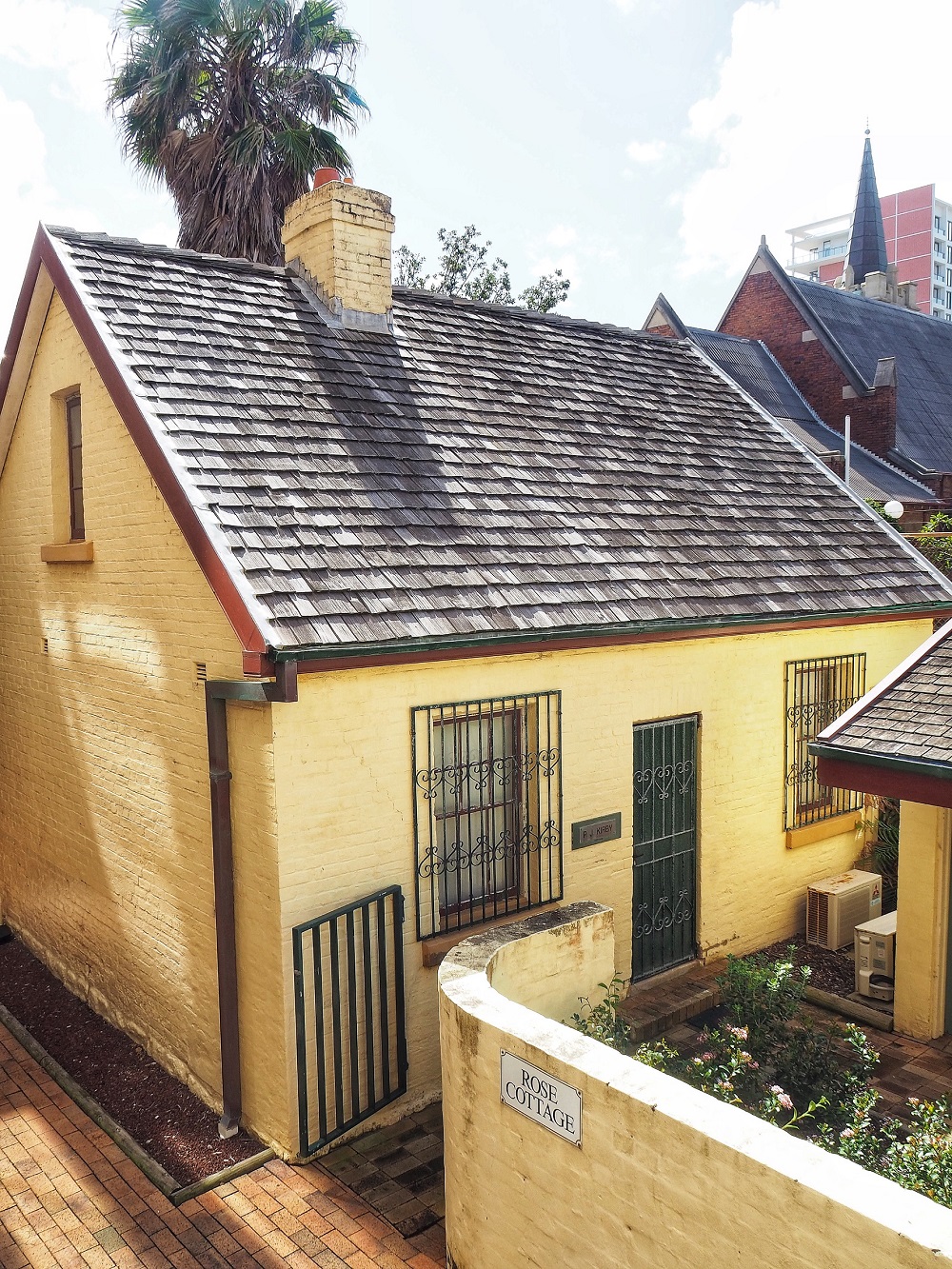 Newcastle has so many stories to tell! Learn more about the city with one of our self-guided walking trails. 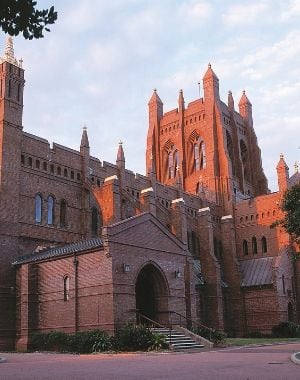 Up next Green is the new black