There’s a giant whale, geisha girls and a large scale photorealist mural of an indigenous boy.

Newcastle is so much more than endless beaches, rolling waves and tug boats on the harbour (though that's a pretty nice reason to visit too). Australia’s coolest city by the sea is also home to an incredible gallery of whimsical, edgy, old school and grungy street art.

Grab your camera and be sure to look up (and down) as you explore the city’s most celebrated street art.

At Newcastle Beach where the pedestrian tunnel connects the CBD and foreshore, is home to one of our most well-known, Instagrammable public art pieces, by local artist, Trevor Dickinson. Dickinson is one of Newcastle’s most prolific artists and his work is typically fun, often interactive and highly Instagrammable.

You can find more of Dickinson's work nearby at The Grain Store where you can claim to be Newcastle's biggest beer drinker. Alternatively, head up to the pedestrian tunnel at Merewether Beach to check out Trevor's 'Merewether Aquarium'.

Top tip: if you like this style, you can pick up some Trevor Dickinson merchandise like keyrings, postcards and his latest book at the Visitor Information Centre. 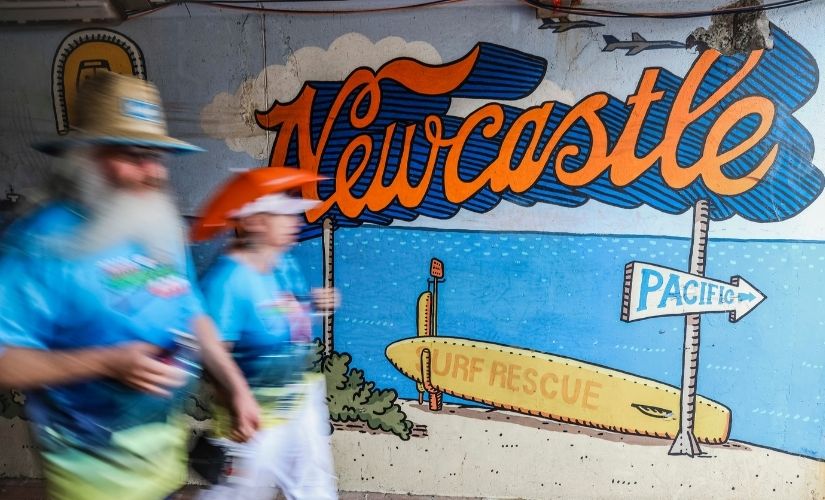 At the Bolton Street carpark you’ll find the work of Adnate, one of Australia’s most recognisable street artists. Adnate’s spectacular multi-storey piece of an Aboriginal boy is found on the exterior of the carpark.

Browse Newcomen, Morgan and Laing Streets (off the Hunter Street Mall) to see a selection of works commissioned by the historic Street Art Walking Festival including Alex Umpel and Ben Foster whose cartoonish hypercolour works are found across the city.

In a carpark off King Street between Ginger Megs and Foghorn, you’ll find a large scale portrait from another celebrated street artist Askew One. Pop inside Ginger Megs to see more stunning work by Adnate commissioned especially for the restaurant. 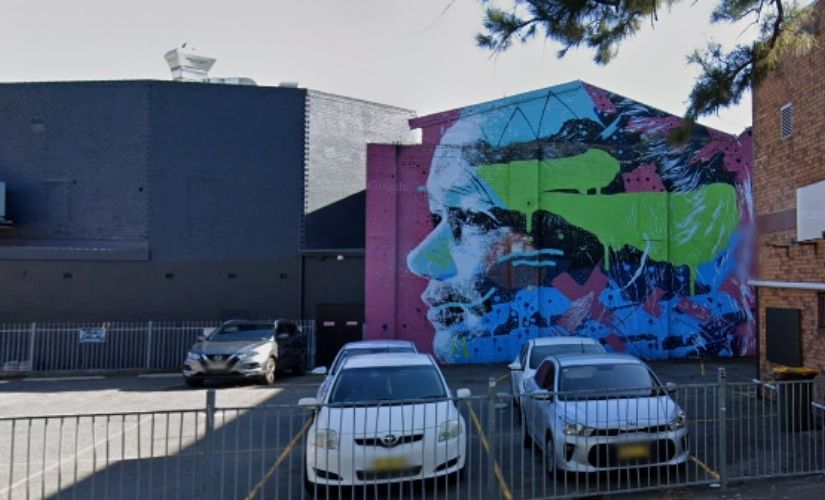 In the harbourside precinct you’ll find more popular works by Dickinson including his famous interactive mural designed especially for selfie takers. The clever work includes a throne for the King of Newcastle, a wedding altar for Newcastle’s most attractive couple, and a comical arrow pointing to the city’s least attractive person. It’s easily one of the city’s most Instagrammable spots. 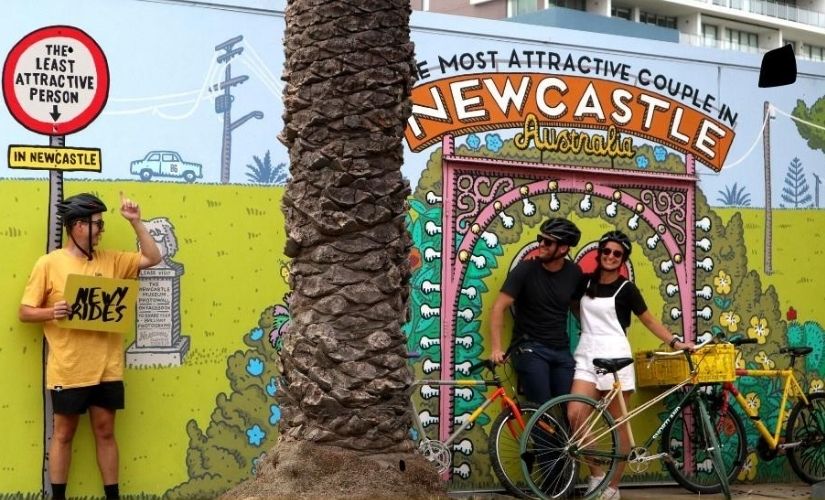 Across the road on the exterior wall of the Rydges Hotel is another beautiful large scale work of a woman in purple and green on a black background by Askew One.

A must-visit is the Museum Park precinct, here you'll see four of the twelve pieces that were commissioned for the 2020 Big Picture Festival. Fintan Magee has a large scale mural along Civic Lane and on the walkway between Museum Place and Merewether St you'll spot three pieces in a row by Tom Henderson, Mitch Revs and Sophia Flegg. 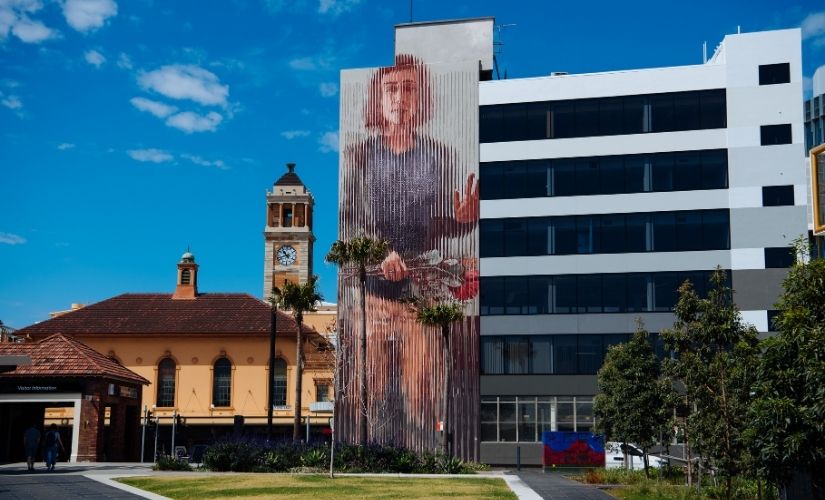 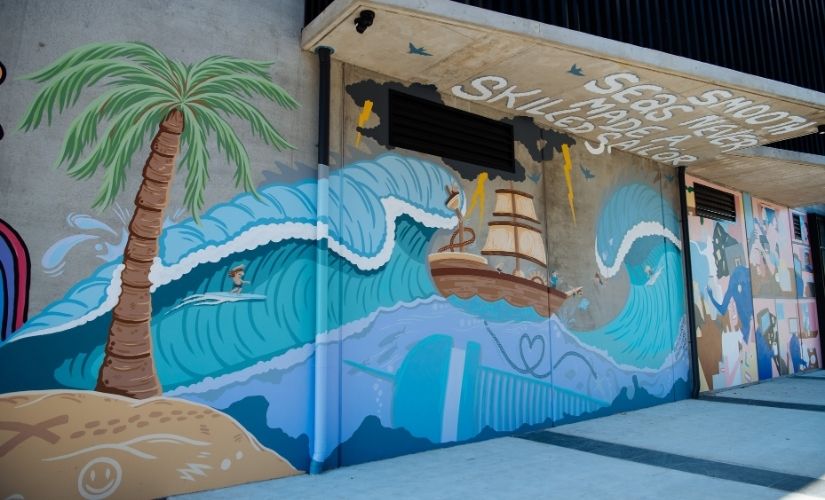 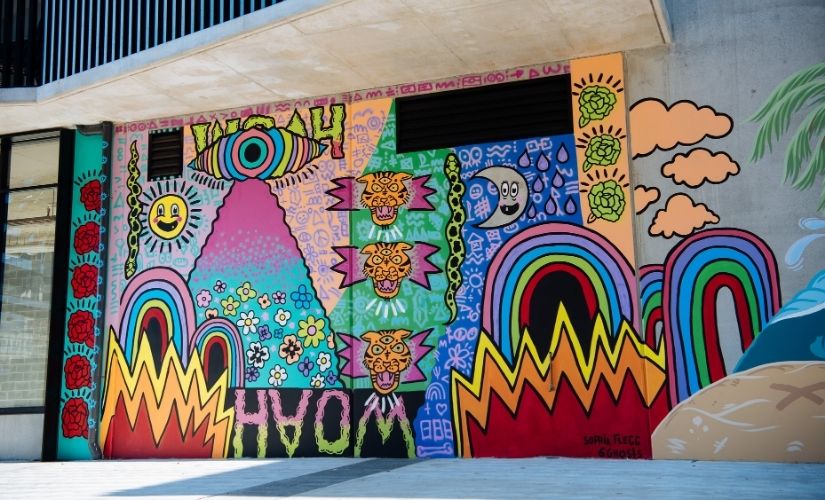 Behind Quest Apartments see a striking mural titled ‘Hunted Hunter’s Head’ by Japanese street artist Hiroyasu Tsuri, aka TWOONE. Back on Hunter Street meanwhile you’ll find a collaborative fish and bird abstract mural by renowned artists Tim Phibs and "Beastman" on the side wall of the Balance Gym.

Keep a lookout for the ‘pillar people’- a selection of public art by Rebecca Murray from Flying Spanners Gallery on everything from signal boxes to pillars.

Wickham is home to several beautiful and striking pieces hidden down laneways and on buildings near the Interchange including Adnate’s ‘Thirrilmun' commissioned by Transport NSW.

Explore Dixon Street where you’ll find a beautiful kookaburra and explore the many mixed pieces found along Furlong Lane, Greenway (check out the Incredible Hulk) and Boundary Streets.

10 Wonders to unearth at the Newcastle Museum

Up next Exploring Glenrock