Sting is the thing 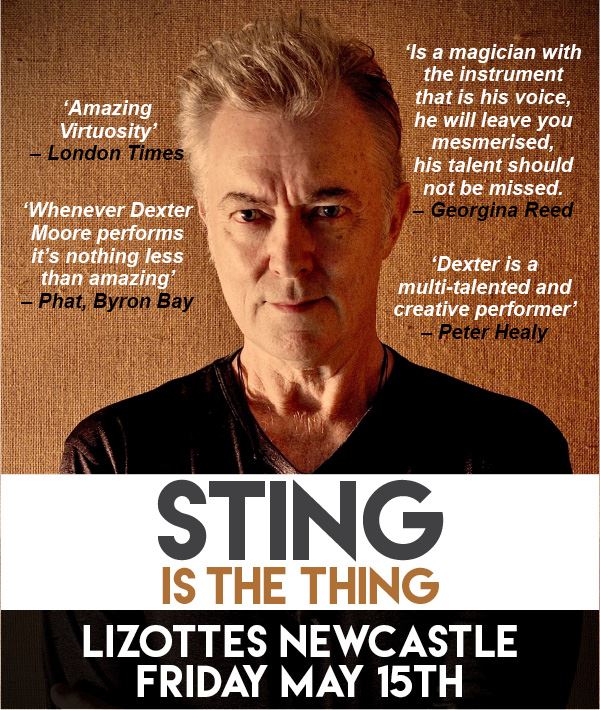 Multi-Award Winning Artist, Dexter Moore is setting out on a new tour, honouring one of the most recognisable voices around the world - set to blow the minds of Sting and The Police fans all over the Country.

Moore is lean, musically mean and in fine vocal form, sporting an all encompassing Sting look, he is set to get you feeling like you are anywhere else in the world,
experiencing one of the greats, together with an all class band, backing up his
incredible performance.

An engaging and dynamic performer with a soulful voice – he has the ability to reach people of all ages with his music.

With countless chart hits across the UK, along with plenty of awards and
nominations along the way, Moore is truly a class act, all the way.

Mick King, a well known recording and touring artist says Dexter is a ‘technical
creative of the highest order. Moore is a highly skilled multi-instrumentalist in an array of musical genres as both writer and a performer having both directed,
written and arranged within his own outfits and for others.’

The London Times describe Moore and his work as ‘AMAZING VIRTUOSITY’. ‘Whenever Moore performs it’s nothing less than amazing’, is what Phat
(Byron Bay) has to say about his incredible live performances.

Prior to getting this amazing show together, Moore has been managing the 40 year old, previously unreleased album ‘Natural Progression’ being picked up and
released by Fervor Records, USA and is in the soundtrack of High Fidelity (Hulu). It hit over 13k listens on Spotify, in the first 2 weeks alone, with one particular track having hit almost 20k listens.

Taking the show out on the local road for a test drive, ‘Sting is the Thing’ is already proving it’s not one to be missed! The very happy audiences have all said they want more of Moore! - ‘You have to come and see Moore for yourself, he does a brilliant job of being Sting, with bass, blonde hair, those vocals - and he even moves like Sting!’, ‘The show follows the timeline of The Police and Stings solo albums with a reprise of The best of The Police to finish’.